Here is the beginning of the Macherner WorkCamps. Due to the bad impression that the outer walls of the Leulitz church made on us, we worked for three years from 2004-2006 in our own parish at the church. In 2005 the ÖJD-Camp was thankfully housed in former company apartments of Macherner Landwirtschafts GmbH & Co KG in the village. The part of the Macherner WorkCamp stayed in tents in the garden of the Schmidt family (former rectory next to the church).

In 2005 we brought the Ecumenical Youth Services to help, because the mountain of work would have been too big for our group – also the WorkCamp took place once over two weeks. With about 40 helpers we managed a lot: we knocked off the plaster from the nave, cleaned the joints with compressed air, tweaked the quarry stone wall, tore down parts of the ailing cemetery wall and rebuilt it properly. We made use of the grounds behind the church by stopping the blackberry scrub that had grown over decades, we took a historic grave of the ruling family from the Sleeping Beauty, began to set scaffolding in the church tower and applied brush plaster.

In our spare time we could marvel at chemistry experiments, sit by the campfire, talk for hours with the foreign participants about God and the world, go swimming in the lakes of the surrounding area. We were invited to the town hall Bennewitz and visited the rooms of the fire brigade Bennewitz, was climbing with Klettter-Trainer-Friends in the ostbruch Brandis (where later in 2011 tons of war ammunition was recovered underground), played at the Leulitzer Dorf-Sportfest with football, were riding in the riding stable Kunze in Altenbach, were on the mule inflatable boat, in the ice cream café Lilly Vanilly eisessen full, visited the museum in the Stasi-Bunker 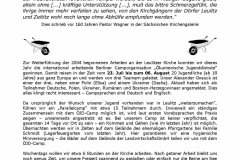 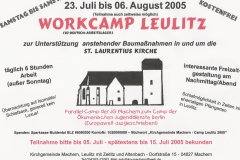 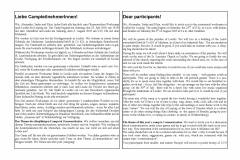 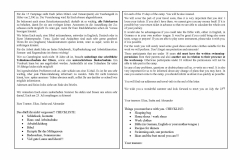 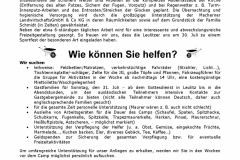 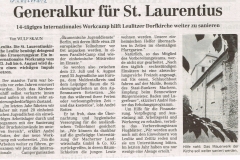 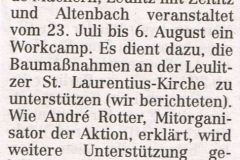 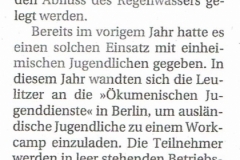 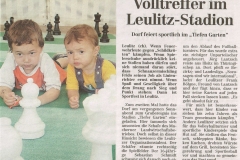 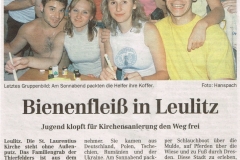 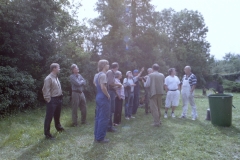 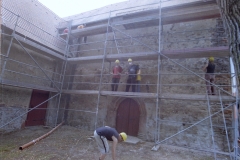 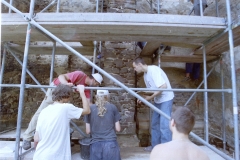 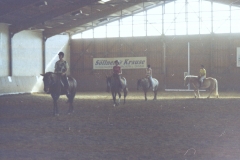 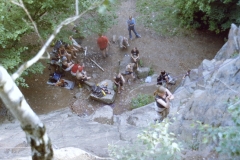 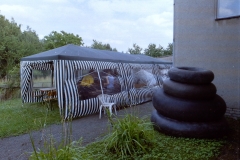 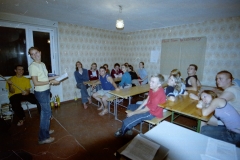 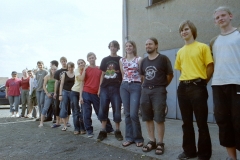 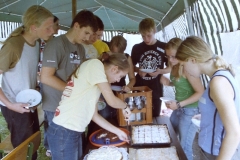 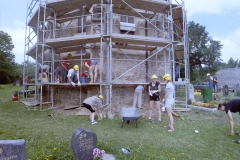 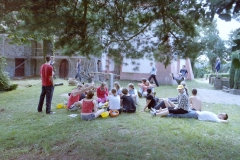 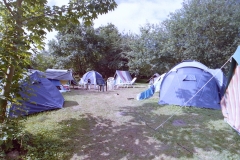 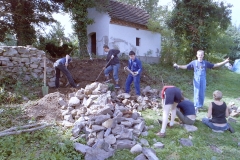 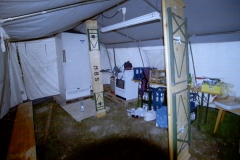 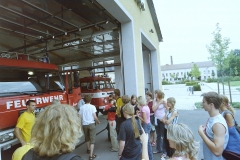 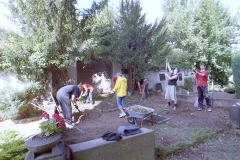 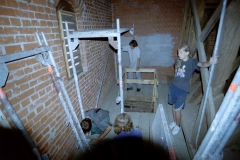 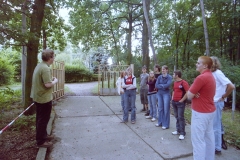 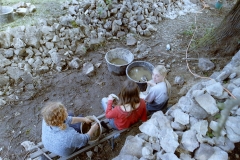