The Evangelical school center Großbardau was in its early years. Recently moved from Döben to Großbardau there was hardly any funding available for the new school – it was said to help the school get on its feet… The Young Community of Großbardau helped and cooperated. We cleared several small narrow rooms in a basement section – then tore away the partitions, removed the floor, dredged away the adjacent embankment and broke openings for the windows of the later workshop into the exterior facade. We removed panel boards in rooms behind which mold had formed, removed old tiles, loaded up rubble, moved bushes…

In our free time we were water skiing in Eilenburg, ice dinners in Grimma-Hohnstädt in the ice cream parlour Capri, visited the climbing forest Leipzig in Beucha, made really nice group games like "black art", sat at the campfire and could use the gym for ball games and table tennis. We slept in classrooms, we were able to use the school kitchen. 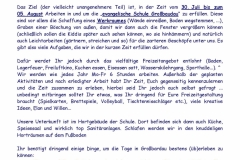 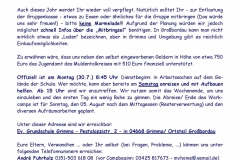 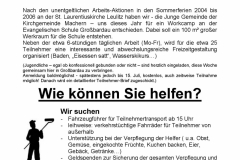 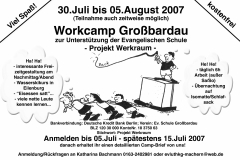 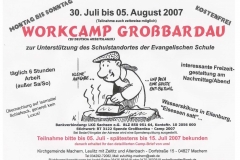 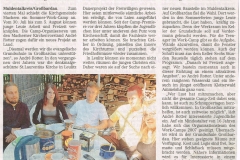 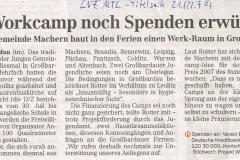 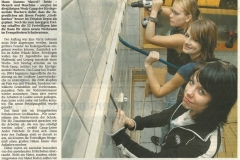 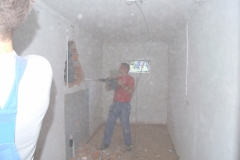 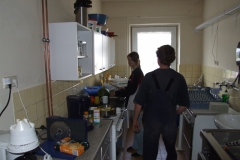 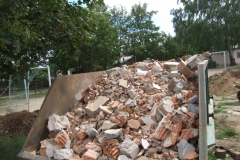 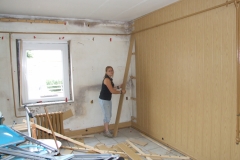 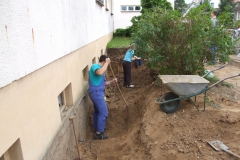 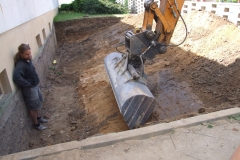 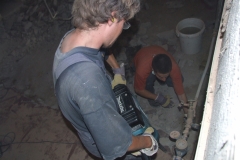 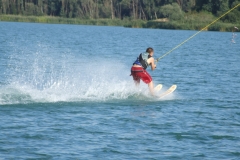 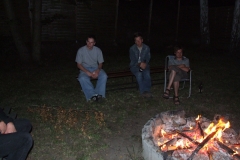 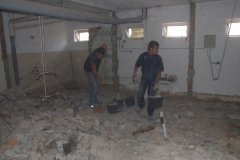 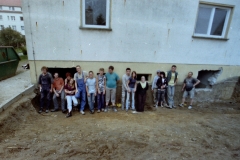 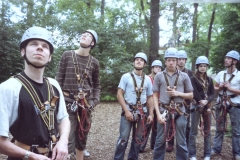 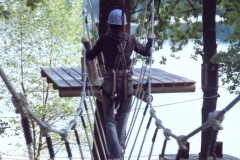 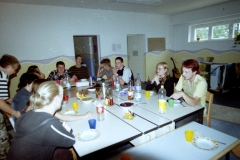 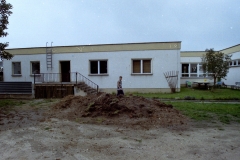